NO RESCUE FOR RAPUNZEL!
Gardener fired!

Rapunzel was found dead in her tower this week.

After years of neglect from the gardener, Rapunzels tower has become impregnable. Not accessible for a rescuer, Rapuzel dies alone. The gardener is held responsible.

GHMADSEN, the famed Norwegian Superhero, takes over US legislation.

After an astonishing turn of events, where W. Bush attempted to thwart the Superhero’s plans to take over the American legislative system, the people of the US have forced the government and W. to let the popular Superhero govern the country. In a brief comment today, GHMADSEN says he's: "looking forward to bringing Family Guy back to the TV-screen".

In a press release Mrs. Madsen, Madsen’s mother, says: "I am baffled that my son still eludes employers. Pick him up immediately or I shall have to take matters in to my own hands!"

It has not been possible to establish exactly how far Mrs. Madsen is willing to go.

Visit the website everybody's talking about!
Return of the Nerd!

After repeatedly being called a Nerd, Braincase and Lab rat, Line now strikes back!

She hopes a Master degree in Molecular biology will help her reputation. 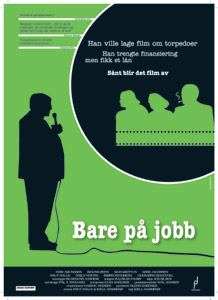 NEW ALBUM FROM THE BOSS!!
BUY IT NOW!
Build your DVD Collection @

WHO? WHAT? WHERE?
Enter The Madness May competition.

Just a counter
It seems someone stumbled in here by mistake, so I'm only counting a half for him....