This website was lovingly crafted by Gard-Henning Madsen
Get a life!
SOLD!

The delighful little nook of the world that has served as a roof for Mr. Madsen (pluss one) for the last four years has been sold to the highest bidder! Which was a good thing!

Last issue told the story of the purchase of a new place for The Madness (pluss two). Having bought before selling, selling it was thus a relief! and what a sale it was!! It is a move worthy of uncle Scrooge himself!

The Great Move will require manpower of biblical proportions and all hands are welcome to lend themselves!

Mr Madsen thanks you for the advice and a particular thanks to those who made the offer in the first place.

I’ve never been to a country called Sweden, but I’ve heard it’s nice and warm, The people like to travel by plane but hang-gliders are the norm,The bookshops are full with eggs and bakers sell big hats, Books are sold in delicatessens and bread is made by cats.

NOT HERE!
As the more perceptive of you probably have realised, Mr Gladstone failed (miserably) to provide the readers of The Madness with an interesting story of a place he has never been in last months issue. In order to make up for his obvious shortcomings and to make amends to the readers and editor, Mr Gladstone has promised to supply us with tales of places he has never been - in verseform! and in every single issue! He had better keep his promise and we hope you'll enjoy it! Here goes:
Wow! now wasn't that exciting?! 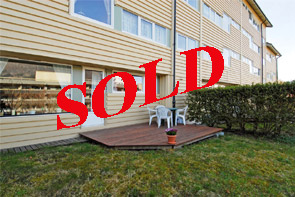 The new place has such conveniences as two (2!!) extra bedrooms (one of which doubles as a game-room!), a fireplace and smallish piece of land! Please come visit us closer to the sun!
101!

Last may marked the centennial anniversary of the grandest country in the world. This month we celebrate the national day - Constitution Day! Norway is the greatest, Norway is best, Norway kicks everyone elses buttocks, Norway rules the world! Go Norway!
Despite having received a very, very interesting job offer, Mr Madsen is still a student. A difficult de-sission indeed, but one that had to be made - and made with thought for the future.
With her killer graces, and her secret places, that no boy can fill.
With her hands on her hips and that smile on her lips because she knows that it kills me. With her soft french cream standing in that doorway like a dream I wish she'd just leave me alone. Because french cream won't soften them boots and french kisses will not break that heart of stone. With her long hair falling
and her eyes that shine like a midnight sun, she's the one!
SHE'S THE ONE!

The art of fine dinning has been overlooked in recent years. I propose to change all of that with a timely re-introduction of some classic English recipes, to which I have given a “modern” twist.

This dish could not be simpler to put together or make for a more delightful entrée. It has long been a classic of fine cuisine, but has become something of a cliché in recent years. I have enlivened the whole dish to create something truly memorable. Instead of the overly familiar prawns I use sea slug! I have tried many different types and have found that I prefer Ancula lentiginosa. You will need approximately 10 per person.

First take your sea slugs and carefully cut each one into quarters - your fishmonger should have cleaned them for you.

Once chopped place them into a bowl and squeeze fresh pineapple all over them. Then allow them to marinade for at least an hour!

Next make your mayonnaise in the usual way, using quails eggs and adding just a splash of sherry towards the end. Combine the sea slugs and stir vigorously, once. I believe that the best salads are made from the freshest ingredients. Iceberg lettuce is rather flavourless, so I prefer to use grass.

It has such a distinctive flavour and aroma, and is so easy to cultivate and use! Take a handful of fresh grass clippings and add to the bottom of each serving dish. Simply spoon the sea slug and mayonnaise on the top and return to the refrigerator until time to serve.

This dish can be made hours in advance, leaving you plenty of time to cook the main course and to enjoy the company of your guests.

As a final garnish, simply dredge the serving dishes with ground Parrott beaks. Enjoy the look of surprise on your guests’ faces as you serve this dish. I know I do! 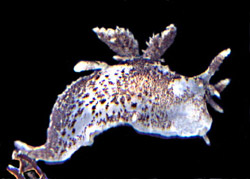