Incredibly, and to everyones unbelivable joy, the shortfilm Sniffer won the most prestigous award in cinema, the Palme d'Or at this years Cannes film festival!

Sniffer was produced by Dreamfactory in Bergen, Norway, during 2005. This was the last production by Dreamfactory, before the company became a memory to those lucky enough to have worked there.

We are still absolutely speechless! 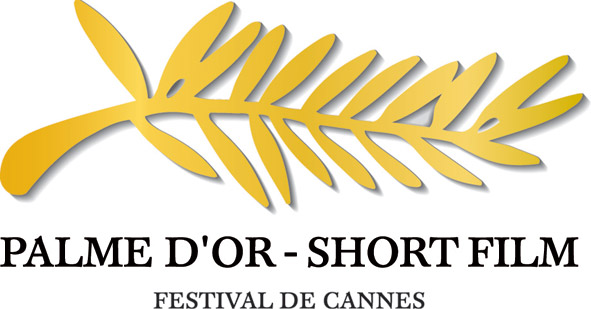 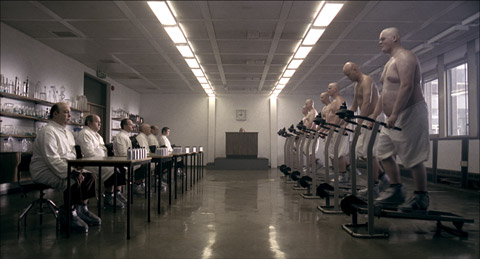 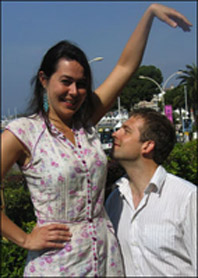 Many many many many heartily congratulations! I am proud and privileged to have worked with you on Sniffer and all the other projects... none of which succeeded quite as well....

I am truly impressed and extrememly happy for you!

SNIFFER
Sniffer was shot on location in Bergen during the last part of 2005. It is set in a world where gravity is not as we know it and everyone has to wear heavy boots to stay on the ground. This is a film about freedom and escape from conventional life. The film will be available to see on cinemas in Norway from the 30th of June! 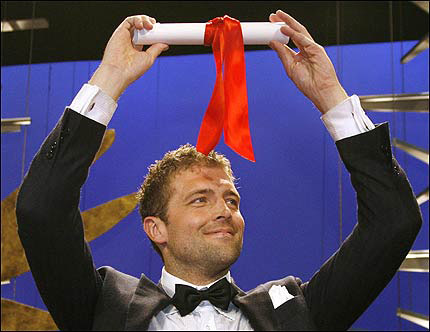 BOBBIE AND THE PALME d'OR!
One happy-chappy!

A unanimous jury selected Bobbie Peers short film as this years winner of the grand prize. Juror Tim Burton personally congratulated the winner and has agreed to have the following line added to the move credits: Tim Burton has seen this movie!

Sam Jackson has offered to participate in Bobbies next project and Ms. Dunaway finally got to touch a Palme d'Or!

a JURY of PEERS!

The art of fine dinning has been overlooked in recent years. I propose to change all of that with a timely re-introduction of some classic recipes, to which I have given a modern twist.

Toad in the Hole.

In the classic version of this dish the “toad” is made using pork sausages. I think you can achieve even better results by using actual toads. This does mean that you need to alter the rest of the dish somewhat in order to balance the unique and distinctive flavour of toad.

Take five large toads and marinate them in a little balsamic vinegar for several hours at least, preferably overnight. I myself prefer to use Cane toads or Bufo marinus . Pat them dry, and use a sharp knife to remove the bones, leaving the toad in one piece. Roll these fillets and secure with cocktail sticks.

For the batter combine your flour (ground oyster shell flour is definitely the best and is, of course, completely wheat free) with a fresh crocodile egg. Thin the batter using a mixture of equal parts water and bat’s milk.

Place the toads into a casserole dish and pour over a small quantity of walnut oil. Make sure that both your oven and casserole dish are very hot before pouring in the batter.

Cook at a high temperature until the batter has risen and turned golden brown. Serve the dish by carefully slicing it into individual portions and sprinkling the top with some toasted ant eggs.

And there you have it – a powerful update of an old classic.