Once again Christmas is upon us. Deck the halls with bows of jolly/holly whatever...

Yet again the household budget is put under severe tension in the everlasting hunt for that most clever of Christmas presents. This year a new standard has been set! Not only are people all over the western world setting a new spending record, but Mr. Madsen has purchased presents of such brilliance and innovation that the world will be dumbstruck until Easter! Watch this space to find out what it is...

AND A HAPPY NEW YEAR
MERRY CHRISTMAS EVERYBODY!
DELAYZINESS

The Madness offer its faithful readers a most humble apology for the absence of new material since June. Sorry!

You see, it all began in May, when Mr. Madsen + 1 decided to move. The move went ahead almost according to plan, but the new pad was entirely offline upon arrival. Norway not being the most efficient country in the world, it took some time to get an acceptable internet connection. Once achieved, Mr Madsen, chief editor and

head-poncho of The Madness set out to create a new site unlike anything ever seen before! Needless to say, this was no easy task! Time passed and no genius was found. In an uproar at the state of his mind, Mr. Madsen set out to work even harder with his prime occupation - Studying!

Only kidding. I couldn't be bothered! But no, you had to pester me about it didn't you?? Well, here! Happy???

Yes. All the rumours are true. The new headquarters are fabulous! A vast space, mostly cluttered up already, met Mr Madsen + 1 this summer, when their address changed from small to big! There is even room for a second TV , someone exclaimed as they entered their new surroundings. A game room was quickly established and a no work zone was implemented.

Maybe some day soon, we'll get around to chucking out those empty boxes.... 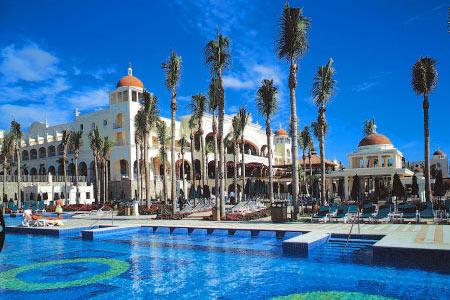 Guestrooms a-plenty means there is room for you! Either in a bed-ish type room, a gas-chamber-ish type room or an outside-ish type sleeping arrangement. The new casa has it all! Even an outdoor swimming pool! or is that a flood in the streets? I forget....
The Domicile
The ladyboys trip to Norway!
The Madness had hoped to bring you exciting tales from the great adventure two ladyboys from Britain found themselves having during their trip to Norway. Unfortunately, being a ladyboy, the ladyboy in charge of the pictures failed miserably in his/her efforts to send them in manner which was not destructive. The Madness promise to make fun of said ladyboy in every forthcoming issue until the pictures are in place. While we wait here is a picture of a cow on the moon.

Give me the pictures ladyboy! or I will publish some rather embarrassing pictures of you sleeping!! You know the ones I mean!

Again, the time is here! Presents and all, never fear, Santa Claus is near!

My poor baby cries! All she gets is advice! Don't use that much spice, it won't be very nice!

A present she'll get! You mustn't fret! It'll be a kiss again, I bet! I hope she won't be too upset!