If you have any suggestions or would like to write an article for The Madness, whatever it may be, please send an email to mail@ghmadsen.com.

Nigel was no stranger to danger. In fact "No Stranger to Danger" had become his motto after having looked death in the eye on several occasions. Nigel was an adventurer and had traveled the world in search of hot-spots and natural disasters for over twenty-five years. Nearing the big five-o, he had been near killed so many times he had stopped counting. Scars and metal operated into his body bore witness to his dramatic life.

Two years ago, Nigel had been holding a lecture on life forms living at extreme conditions - a topic Nigel was particularly fond of - when John had approached him for the first time. John was somewhat of an adventurer himself, but at only half Nigel’s age he had not yet been out on a real-life expedition and his adventures had mostly been rummaging through books and antiques. He had traveled a great deal and spoken to a great many people, but unlike Nigel, he led a safe life. 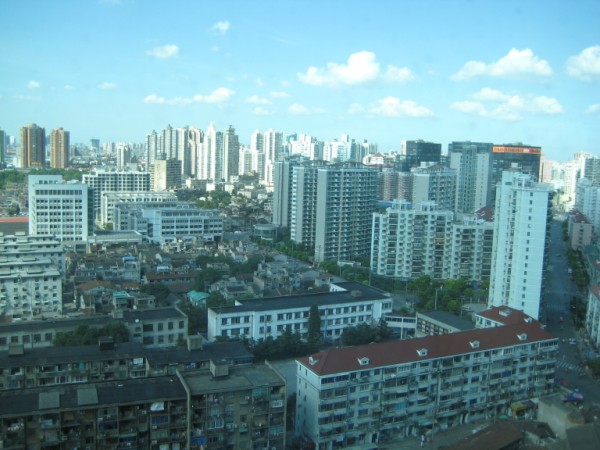 Read all about it! bookmark The Madness Blog for daily updates and incriminating pictures. 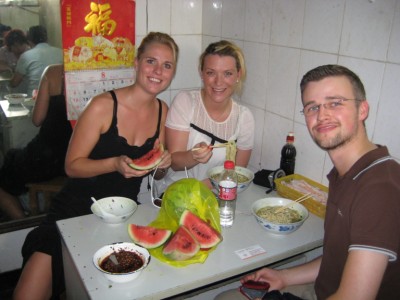 What's all this then??

For those of you who did not already know, The Madness has left everything and everyone behind and moved to Shanghai. That's in the People's Rebublic of China!

As a part of his degree, Mr. Madsen vil spend one year in this most vast of cities. No return is planned untill June 2008!

The month of august will mostly be spent learning the Chinese language. Although, a month sounds a bit generous. Should be getting the hang of it in a few days I reckon. The remaining 10 months is set aside for some hardcore studying. The rumor is that lectures are held from 8 a.m. till 4p.m. every day! Busy, sure, but I have always time to read those wonderful emails from other parts of the world... Xiexie!

EXPANSION
Shanghai is one of the fastest growing cities in the world. Everywhere you go, som kind of construction is going on. The Madness has been informed that at one point 4/5 (that's four fifths) of all the diggers and excavators in the world were working in Shanghai! Today, most of them have been replaced by some very impressive buildings. The once tallest building in China has just be passed by for a yet unfinished project of unknown height. Skyscrapers are everywhere and all are less then 20 years old! The main financial district, Pu Dong, was swampland at the end of the 1980's. Shanghais expansion is impressive and intimidating. You'd better start learning Chinese! They are knocking on our door!
MORE??
Still reading?? You want more? Do you? Huh? Do you? Ok, then. Keep reading and you can read part one of an excitingly untitled story. If you would like to write part two, please email The Madness at mail@ghmadsen.com. Keep reading The Madness for more fun and games! Go on! you know you want to!