Learn more about the creator! Visit the links page! Please! Pretty please with sugar on top...
www.ghmadsen.com
mail@ghmadsen.com
GET GMAIL HERE!!!
all you gotta do is ask...

Anne A. surprisingly appeared on The Late Show, giving us a small taste of her enormous potential as an entertainer and freak-show artist.

A shocked audience and a speechless host looked on as Anne proceeded to put her entire ear-lobe inside her ear!

Let's give her a round of applause! 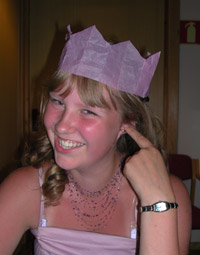 Anne doing her trick
Send your own suggestions to the new Show or Tell column right here at The Madness! mail@ghmadsen.com
Mr. Madsen returns to retail!

When returning to Norway, nearly five years ago, from his stay abroad, Mr. Madsen took a job in retail to pay for the extravagant lifestyle to which he had become accustomed. It didn't last.

Having worked as a film producer for three years, Mr Madsen now finds that he has gone full circle and is back in retail. It won't last.

In a short statement to The Madness, Mr. Madsen simply said "Hooray!" 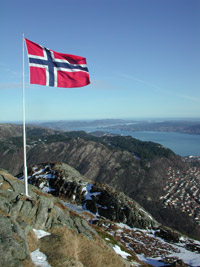 One hundred years ago Norway was finally rid of the Swedish oppressors and for the first time since the early middle-ages Norway became independent.

To celebrate this momentous occasion The Madness gives you Norwegian Rocks - a geological festival in two parts.

It seems the format of this months issue of The Madness allowed for a little too much empty space.

To avoid this, this issue is running with a "Filler" story. Not unlike the briefings from the Pentagon.

Come to Norway! See the rocks and the water! Please. We are cold and lonely. Please come!
Support The Madness! Shop from links on this site and you are helping to keep The Madness from going under... Thank you. 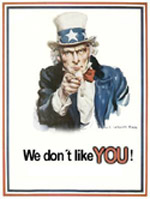 Described by an insider as “the phonetic lobotomy option”, the constitution is seen by members on both sides of the isle, however, as a cheaper alternative to euthanasia. In a related story, Preben likes peanut butter.

“We’re pushing legislation through that would require a six day waiting period before purchasing the tome.”, stated a lawyer for

Places I've never been!
A travelguide by The Madness

Juupajoki is a quiet town located a few hours drive North-east of Finland ’s third largest city, Tampere. It’s most recognisable feature is the magnificent JPJ-Wood sawmill, which, though built in 1913, still has an annual production of more then 300 000 cubic meters.

The 2371 residents of Juupajoki are apparently some of the more pleasant and welcoming people a lonely traveller is ever likely to meet. This traveller imagines meeting the town elder in a little café by the river and listening to all the exciting stories they have to tell.

Many a brave soldier has died trying to cross the mighty Juupajoki ravine. However, the tourist board has made it tourist friendly and safer to cross. It's spectacular and highly recommended.

Mr Edward Wallenius apparently founded a tannery in 1894 and a little later the first shoe factory in Finland in 1897 in Juupajoki, because the railway  between Tampere - Haapamäki had been built via Juupajoki. Emil Aaltonen bought the factories in 1926. Nowadays the Big-L, a member of L-Fashion Group, best known as LUHTA, produces leather garments in the old factory building. And very nice they are indeed. In fact, the factory outlet store is a smart place to start your journey through the spectacles of Juupajoki. Here you can pick up some warm clothes. And believe me; I’m pretty sure you’ll need them.

The centre of Juupajoki, Korkeakoski, is well known for its rapids and shoe industry.

The shoes are now in the Koskenjalka Shoe- and Leather Museum.

There is also an Art Gallery , a café and as I’ve already mentioned, a Big -L factory leather wear shop. A visitor can walk a short path to the rapids ravine and see the old factories and houses in the beautiful surroundings of the Lake Tehtaanjärvi . The Koskenjalka museum and shops are open 24.5.-28.9. 11-18 daily. In September, however, it is closed on Mondays.

Just outside Juupajoki lies the picturesque village of Lyly . Lyly is worth a visit simply to see the interesting army signal museum and surplus store. The museum is open by request – so phone ahead.

I hope you enjoy your stay in Juupajoki as much as I probably would have. 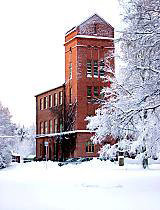 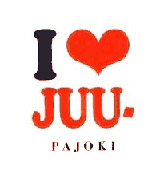 www.juupajoki.fi/
Click here for the back-catalogue
If you have any suggestions or would like to write an article for The Madness, whatever it may be, please send an email to mail@ghmadsen.com.
This site is best viewed using Firefox.