Learn more about the creator! Visit the links page! Please! Pretty please with sugar on top...
www.ghmadsen.com
mail@ghmadsen.com
GET GMAIL HERE!!!
all you gotta do is ask...

Places I've never been!
A travelguide by The Madness
THIMPHU - Bhutan

Click here for the back-catalogue
If you have any suggestions or would like to write an article for The Madness, whatever it may be, please send an email to mail@ghmadsen.com.
This site is best viewed using Firefox.

Norwegian archaeologist, Stein G. Raver, discovered last week the remains of what can best be described as a "swede".

inferior swedish brain. The Norwegian PM says that "this settles it once and for all. Those swedes sure are dumb!"

We rest our case.

As promised in last months issue, The Madness presents part Two of the geological festival; Norwegian Rocks.
"Prekestolen"; a spectacular 600m vertical drop into the Lysefjord near Stavanger. See it now! Now damn it!
THE MADSEN PREDICAMENT 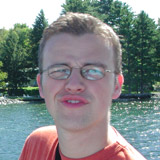 Is it possible to look cool without sunglasses on a sunny day? No. No it is not.

An attempt to solve the puzzle that has plagued man since the dawn of time goes horribly wrong when suddenly and unexpectedly the Sun appeared in Bergen, Norway.

After the incident Mr. Madsen was taken to a nearby country hospital, The Blind Cow Clinic, where he was memorably heard saying: "Sunglasses are for sissies". Not seeing the sun for three months evidently does things to your mind, not to mention your face. 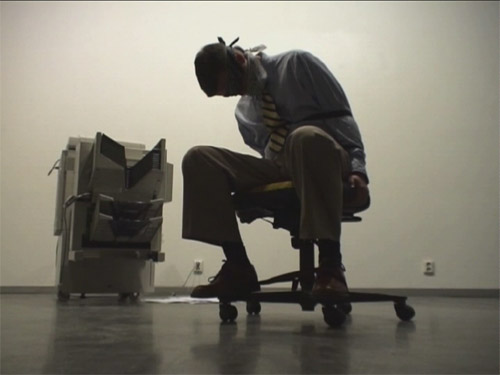 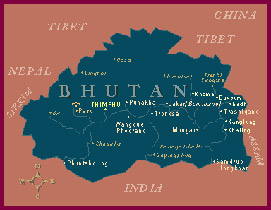 This time we travel to Bhutan, Land of the Thunder Dragon, and its capital Thimphu.

Lying in a valley (elevation 2,350 m), Thimpu is unlike any other capital in the world. The traditional architecture of its houses and buildings is particularly striking - all embedded in a beautiful, wooded valley, sprawling up a hillside on the bank of the Thimphu Chhu (river.) This is the only world capital without traffic lights. One was installed several years ago, but residents complained about its impersonalness and it was removed within days. Despite recent development, Thimphu retains its charm and is awash with brightly painted, elaborately decorated facades which give the town a captivating, medieval feel.

The places to visit are the Memorial Chorten, dedicated to the late King Jigme Dorji Wangchuk; Tashichho Dzong, seat of the government of Bhutan and the summer residence of the central monk body; the Traditional Medicine Hospital where herbal medicines are prepared; the National Library, a treasure trove of ancient texts; the Institute of Zorig Chosum for thanka painting, sculpture, wood and slate carving, gold works, embroidery and traditional boot making; Changangkha Lakhang which contains ancient scriptures and thanka paintings; and Simtokha Dzong, Bhutan's oldest fortress which now houses a school for Buddhist studies. You can also visit the smithy on the other side of the Thimpu river to see traditional gold and silver smiths at work. 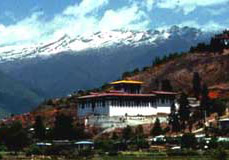 The best time to visit Thimphu is from the 9th to the 15th of september. This is when the annual Thimphu Drupchen and the Thimphu Tshechu festivals take place. In a myriad of colours and sounds, travellers are invited to take part in the country's most festive celebration. The small and affordable Hotel Druk is the perfect place to stay during the festival week. Not many travelers come to Thimphu thus accomodation is easy to find.

NOT THE INTENDED ARTICLE!

This months issue of The Madness was supposed to have an in-depth article on the life of children and women in rural areas of Iraq, Iran and other potential troublesome spots.

The Madness sent its most senior and trusted reporter to the various locations all over the world, well the middle-east mainly, but have yet to hear from him.

It is with a pinch of sadness that we must presume our star-reporter, Preben Abasabat, is in fact dead.

Over the last few weeks speculations on the reason for Prebens dissaperance have been many and not far between. However, it is likely that because of his last article for The Madness revealing a Backroom Fillibuster deal, and this papers previous critique of the current US administration, has resulted in the possible abduction and, let's call it Forced Dissapearance, of a journalist who stepped on too many toes.